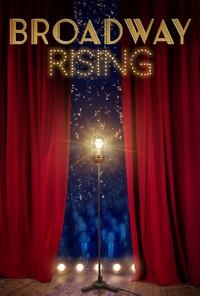 There is no New York without Broadway. It’s both a landmark and a community, an industry and a people, making magic in a dark theater, eight times a week. During the pandemic, over 96,000 people lost their jobs and an entire ecosystem of small businesses were brought to a standstill. Broadway Rising tells the story of the broadway community and its harrowing journey back to the stage following the COVID-19 shutdown. This feature documentary brings everyone into the spotlight - from the costume makers to the ushers to the producers to the stars.