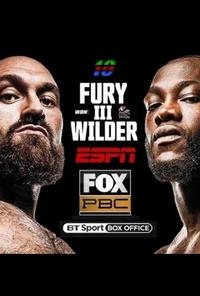 This fight has been postponed, new date will be announced soon. The third fight between Tyson Fury and Deontay Wilder has been officially announced. The two heavyweights will battle for Fury's WBC world heavyweight championship on July 24 from T-Mobile Arena in Las Vegas.