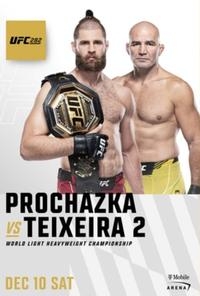 The stakes are higher than ever in Las Vegas on December 10, as the man with "the legendary Polish power," Jan Blachowicz, faces off with Russian powerhouse Magomed Ankalaev for the vacant light heavyweight championship of the world in the main event of UFC 282 at T-Mobile Arena. Plus, British sensation Paddy Pimblett looks to keep his perfect Octagon record intact against the always dangerous Jared Gordon, and former world champion "Ruthless" Robbie Lawler returns to battle Santiago Ponzinibbio.